The German Healthcare System is Sick 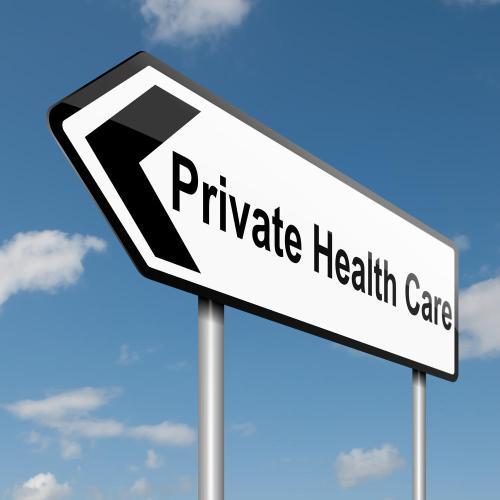 IN INTERNATIONAL COMPARISON, medical care in Germany is at a high level. German healthcare is one of the most renowned systems in the world. It is based on the principle of solidarity, but reality shows that this principle is largely ignored.

Germans who are able and willing to pay more can expect a privileged health treatment. There is nothing bad about that in theory – if it did not affect those who are not able to pay more. Being in a doctor`s practice is always an unpleasant feeling that creeps up deep from the stomach to the throat where it gets stuck until leaving this place of coughing people, pale faces and aching bones again.

Expecting or hoping one will receive the best treatment available soon help feeling endure. No other place than a doctor`s practice itself describes the discrepancies between hope and reality best.

After another two weeks with headaches, Mrs Müller finally has her appointment. The air is stuffy and has an undertone of bleach when she enters the practice. There is the penetrating smell of disinfectants. The pictures on the magnolia-coloured walls are cheap benign prints of uplifting scenes, and the curtains are usually drawn to prevent daylight from shining inside. The waiting area has a table full of old magazines, leaflets about various illnesses and plastic chairs. It is about as comfortable as a train station. The doctor will prescribe painkillers for now and glasses to cure her from her headaches. Going to the pharmacy and later the optician means that Mrs Müller has to pay a patient co-payment. This is ten per cent of the price for medication for the painkillers and ten per cent of the price for the glasses plus ten Euro fees for the prescription.

Relieved to have left the distressing atmosphere in the doctor`s practice, now wondering how much her glasses will cost, Mrs Müller overlooks a car, gets hit and is delivered to hospital. The on-duty assistant is waiting to operate her broken leg. The supposedly better qualified chief physician, you generally assume has more experience, is not available for Mrs Müller.

In international comparison, medical care in Germany is at a high level as a study by theOrganisation for Economic Co-operation and Development (OECD) shows. There are 3,8 doctors and 11,4 nurses for 1000 citizens, whereas the average of the developed countries is 3,2 doctors and 8,8 nurses. German healthcare is one of the most renowned systems in the world. The main idea of the statutory health system is the principle of solidarity. Membership in SHI is compulsory. The contributions are based on income in or­der to ensure that the cost of health care is shouldered pri­marily by the better off, and everybody is able to access ser­vices.

However, Roughly 10 per cent of the population, 8,89 million people, is covered by private health insurance (PHI). The contribution level of PHI is governed by different factors including age, health history, gender, and the choice of service package.

Although constantly being criticised for being unfair and treating statutory insured as second-class human beings, the government denies the existence of an unjust two-tier healthcare in Germany. Just recently, before the annual German Medical Assembly the German health minister Hermann Gröhe from the CDU declared himself in favour of the receipt of SHI and PHI: “I want to clearly state: The two-pillar principle [of SHI and PHI] in the German healthcare system has proven itself. I am firmly convinced that the system of competition is an important contribution for the good of all insured medical care in Germany. ”

Statistics show that statutory insured wait more than double the time for a doctor`s appointment. In sparsely populated rural regions, there is an incipient shortage of doctors. The reasons for this are manifold: Medical advances and increasing life expectancy bring a steadily growing demand for medical services with them. In addition, there is a population decrease, accompanied by the loss of social and cultural infrastructure. The practice opened in the country appears less and less attractive in the eyes of many young doctors. A recent reform tried to solve the problem of shortage of doctors, however this is a slow process and many rural areas are currently deprived of reliable health care, while big cities experience an oversupply of doctors.

Another even more difficult problem are budget caps. German doctors are paid for their treatments according to the uniform assessment standard (EBM). All treatments and medical services are paid according to a corresponding EBM-digit. From these numbers it is calculated how much of a budget the doctor has for the next quarter. Once the limit of this budget is reached, further benefits are paid only to the so-called residual score. Doctors cannot cover their costs anymore. Therefore patients are given a later appointment in the next quarter when their treatment is paid with the full price.

Treatment from the head physician

The complicated systematics of the remuneration system also leads to the next point. Why was Mrs Müller not operated on by the head physician? The answer seems quite easy: The head physician can earn more money when treating a privately ensured patient even if it is the exact same treatment and nothing extraordinary, top-modern or expensive.

We`ve reached the core of the problem that brings the system to its knees. The developments in Germany are clearly shifting towards a population with more old and sick people rather than young and healthy. This development brings the healthcare system based on the principle of solidarity to an existential edge. Future scenarios predict the collapse of the system when there are not enough young taxpayers financing the treatments of the elderly. Although there is still enough money in the SHI fund, the SHI companies have to require patient co-payments from their patients in order to survive on an economic level.

Private health insurance companies are not in the need to ask this on an obligatory basis from their customers who can decide themselves to choose a tariff with co-payment to lower the monthly premium. Furthermore the PHI companies do not underlie the principle of solidarity but only those of the free market economy as every other insurance company.

A cure for the sick woman and the sicker system

What is there left to do for Mrs Müller and the sick system she is stuck in?

The German parties SPD, Grüne and Linke have been arguing for years in favour of a so-called “Bürgerversicherung”, a uniform health insurance. The ideal picture: All citizens should pay according to their performance in the SHI fund and all patients should receive the same access to health care.

But a uniform health insurance is not expected to solve the problems of unequal care. Rather, there is a risk that the level of general supply falls and those who are financially able can buy additional health services. The two-class medical system would be replaced by a multi-tier system for health care on your budget – beyond the contribution to health insurance.

After all, the SHI must provide more than adequate quality of care and waiting times for those wealthy enough to afford PHI to decide to remain with the statutory system. Nevertheless the system has its flaws and those in charge have to acknowledge a two-tier system to fight it and its crumbling foundation. Indeed, it should be in the German government’s interests to alter the fee catalogues for health care provision in order to prevent doctors from charging so much more for privately provided treatment. This might persuade more people to take up PHI and therefore take the burden of an ageing society off the governmental scheme. This would improve the balance between statuary and private health insurance and would do little to damage the high quality of care that seems to characterise both sectors.

This entry was posted in Anne Odendahl, The Analyst and tagged German healthcare. Bookmark the permalink.